European Union strongly encourages the creation and exploitation of more ‘smart’ and ‘environmentally friendly’ transport solutions in order to achieve higher levels of decarbonisation and decrease general pollution at more competitive prices. Logistics centres are part of multimodality systems, where combined forms of transportation are used.

Multimodal centres play a strategic role in the distribution of different types of cargos. Complex decisions are being made on which transportation modes would best suit a particular type of freight given its final destination, also through the aid of digital high technology solutions.

These combined modes of transportation can be by railway, by motorways and roads, by air, river and sea. Multimodal centres are in close vicinity to large industrial areas with direct connection to all of the above mentioned transportation systems.

The ABC+De envisages a many Logistic Centres along the Aegean –Baltic Railway line called South – North Stream. Provided that our project also includes a motorway system of already existing, planned to be constructed, and completely new motorways to link North Eastern with South Eastern Europe, it is natural that multimodality will be also taken into account. Moreover, the river Danube, which is currently underused as multimodal solution, ABC+De has a designed ecological proposal to include the river Danube into the larger European interconnectivity.

Ports, in essence, are big logistic centres, which can also serve as one-stop-shop points for all customs and taxes procedures at “one single window”.

Finally, you will see two examples provided underneath for two very large multimodal logic centres: one in Poland -between Warsaw and Lodz- and the other one in Bulgaria – near the city of Gorna Oriahovitsa. Google images are provided below. 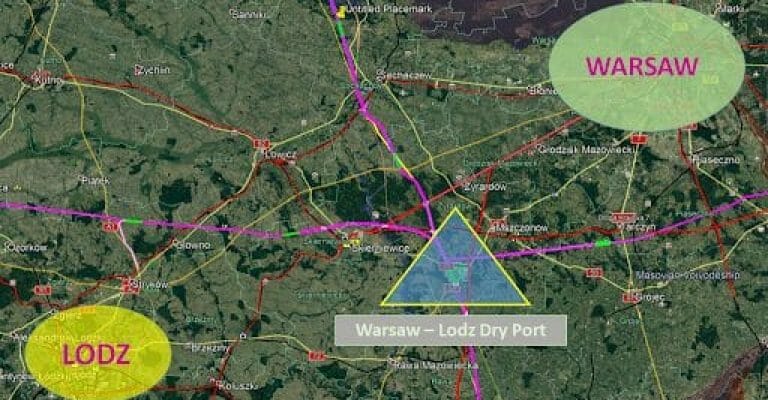 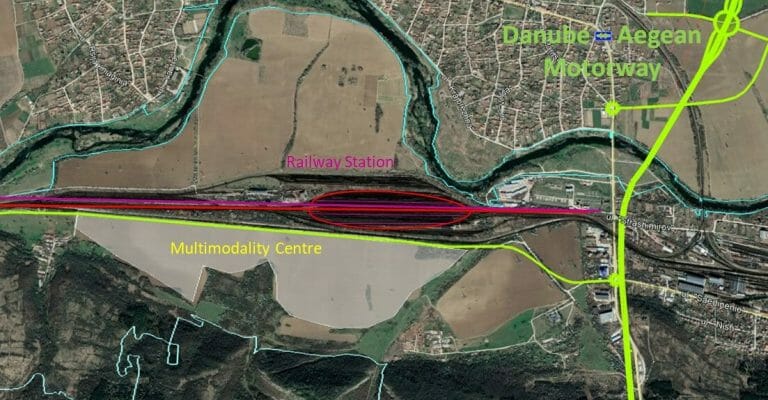