MOTORWAYS FROM THE BALTIC REGION TO THE AEGEAN SEA

The ABC+De project aims to connect via motorways and roads the North Eastern and the South Eastern parts of Europe so that driving by car from the Baltic region to the Aegean Sea becomes an everyday reality. Today, this direct trajectory is very difficult to be realised - to say the least, because motorways are scarce, non-existing or not connected as of yet. Therefore, this renders the trip tedious and time consuming, and being one obliged to go through Central Europe first and then go back to and in direction of the first destination. A list of some of the motorway projects is included below. One of the first projects we are having as a goal to implement first is the ‘Danube – Aegean Sea’ Motorway. 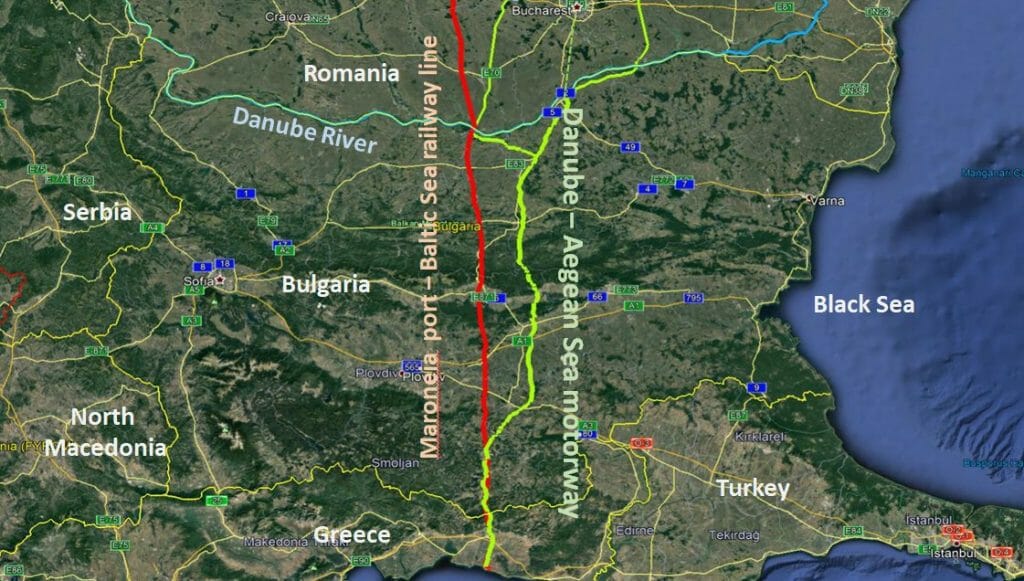 Advantages of the new ‘Danube – Aegean Sea’ Motorway. It will eliminate:

Severe Traffic paralysing the Bulgarian - Romanian frontier.
The negative impact of the transit flow of motorways over the population of Ruse.
Problem free passing through ‘Bulgaria’ Boulevard and the access to public transport in the East industrial zone.

Multimodality along the ‘Danube – Aegean’ Motorway

Ecoducts along the ‘Danube – Aegean’ Motorway