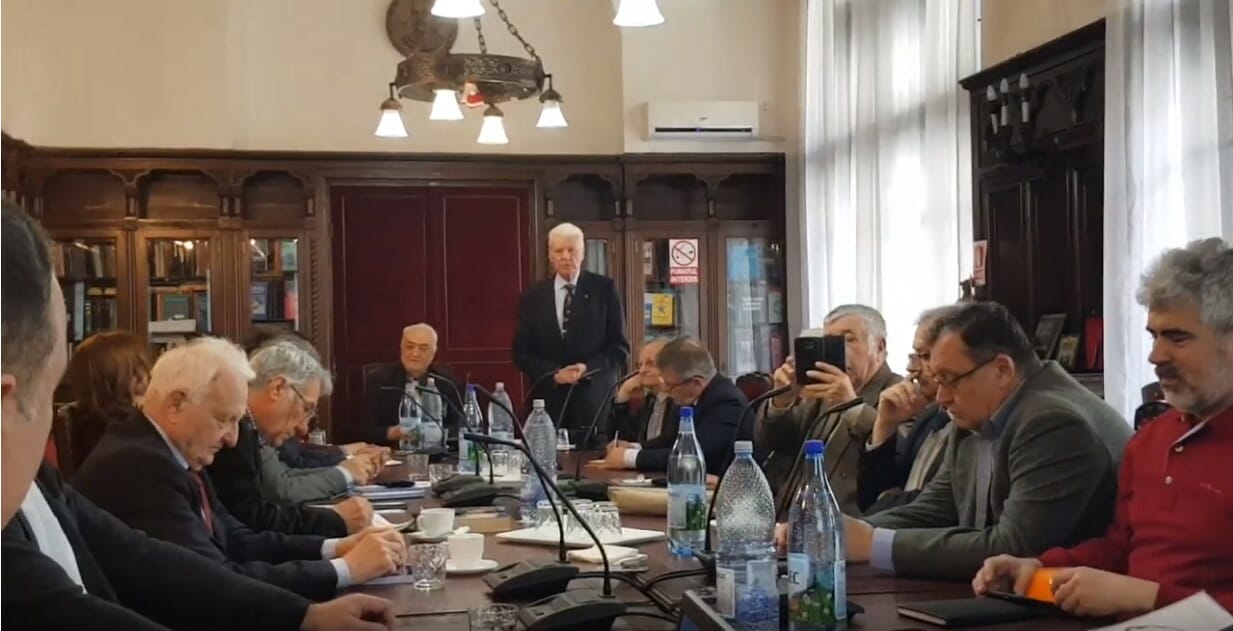 A Conference on the advantages of the SNS for Romania co-organised with AGIR on 16.04.2019 in Bucharest.

Thank you for accepting our invitation to come to today’s event. I would also like to say ‘Thank you!’ to our host the President of the General Engineers Association in Romania, Prof. Dr. Mihai Mihaita for the elegant space provided. Last but not least, I extend my gratitude to Mr. Roumen Markov for his perseverance and passion with which he promotes this fantastic project.

Recently I participated in the “TEN-T & CEF Conference”, which took place in
Bucharest on the 28th of March 2019. During the Conference it became clear that:

– There is a great difference between level and quality of
transport such as rail and road infrastructure between the countries of
Eastern Europe and those in Western Europe.

– The travelling time using the railways is quite, quite long and tedious in the Eastern part of Europe.

– There is a palpable deficit in Intermodal Transportation. For example in Romania,  from the border with Hungary (at Curtici and Oradea) for 500 km to the East in Romania there are no adequate intermodal transportation centers.

– Western countries are not exempted  from troubles either. For example, the port in Hamburg will soon be suffocated with the goods stored, given the
lack of transportation capacity to the interior of the European Continent.

– The Danube is “wild”. No accurate depth information, and the river ports are poorly managed.

That’s why the ABC + De project, as you will see today, through
technical parameters and proposed solutions, is a big step towards
reducing the gap and, even more so, towards exceeding the infrastructure technical level in the countries in Western Europe carrying within important economic effects for all interested parties.

Hopefully it will be accomplished.